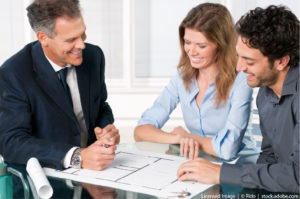 The Tax Cuts and Jobs Act (TCJA), which became effective on January 1, 2018, has some significant implications for estate planning. The first article in this series, which can be found here, focused on the increase to the federal estate tax exemption. This article describes the effect of the new law on some common gifting and estate planning strategies.

Making contributions to 529 Plans has long been a favorite way for individuals to transfer wealth to their children and grandchildren. Contributions grow tax-free as long as the funds are used for future education expenses.

The new law makes 529 Plans even more appealing. In addition to college and other higher education expenses, distributions from these plans can now also be used for elementary and secondary school expenses tax-free.

The “kiddie” tax was enacted in 1986 in response to the estate planning technique of transferring income-producing investments to young children (age 18 or younger, or full-time students age 19 to 23) to take advantage of their lower tax brackets. The effect of the “kiddie” tax was to tax most of a child’s unearned income at the parents’ marginal rate, thus thwarting most of the benefit of the technique.

The TCJA makes an important change to the “kiddie” tax. A child’s unearned income is now taxed according to the tax brackets used for trusts instead of the parents’ marginal rate, which will cause it to be taxed at an even higher rate. In short, estate plans should not include the transfer of income-producing investments outright to young children.

With the increase in the standard deduction, it is likely that fewer taxpayers will itemize their deductions on their federal income tax returns (lessening the tax benefit for making charitable donations in any given year). However, those who do make charitable gifts and choose to itemize will be able to deduct donations of up to 60% of their annual income under the new law, up from 50% prior to the enactment of the law.

Of perhaps greater significance will be the potential effect on the timing and method of charitable donations. Those individuals whose charitable plan has been to, for example, make $10,000 in donations every year, should instead consider making one lump-sum $50,000 donation in a particular year (and itemize deductions that year) and not make any charitable donations for the next four years (and take the standard deduction). This would maximize the tax benefit of the donations which might otherwise not be recognized if the individual were to choose the standard deduction annually.

A large lump-sum donation can still be spread out over a number of years if the donation is made to a “donor-advised fund” rather than directly to the recipients. Donations to DAFs are tax deductible in the year they are made, but the donor can authorize that distributions only be made periodically to the designated recipients over future years, consistent with the original giving plan.

Joe McCoy is a member of the firm and works in the Corporate & Business Law Group. Joe has represented dozens of companies in connection with business acquisitions and sales, providing counsel on all aspects of the transaction from negotiation to closing. In addition to his work on business transactions, Joe advises clients regarding business organization, governance, management, and growth.